Well, didn’t get very far with my first goal, but together with Eric we have just reviewed all the projects and one caught my interest: Lee Adamson’s DND Project.

I spent a happy couple of hours watching his videos on Odysee. This evening I thought it would be fun to try and get the latest VAX/VMS version of DND contained in his SVN archive: VAXDND-3.0 running as an application on my SIMH emulation of a previous VAXstation 4000/90 box ORAC.

As always there is a bit of work to do to get to a working application. The IN1CHR.BAS implementation for the VAX/VMS version appeared to be missing (the one from the TOPS-20 backport didn’t work on VAX/VMS) as well as any compile or link scripts. In the end I had to come up with my own version of IN1CHR. I’m not a VAX BASIC expert, but I can cobble together a couple of lines. For that retro experience I used cool-retro-term. Interestingly I had to go through two VMS boxes to get this terminal to work. The VAX/VMS I run is Version 7.3 which doesn’t support the SET TERMINAL/BACKSPACE command so I had to go through my Alpha OpenVMS machine SLAVE to setup the terminal before logging into the VAX. 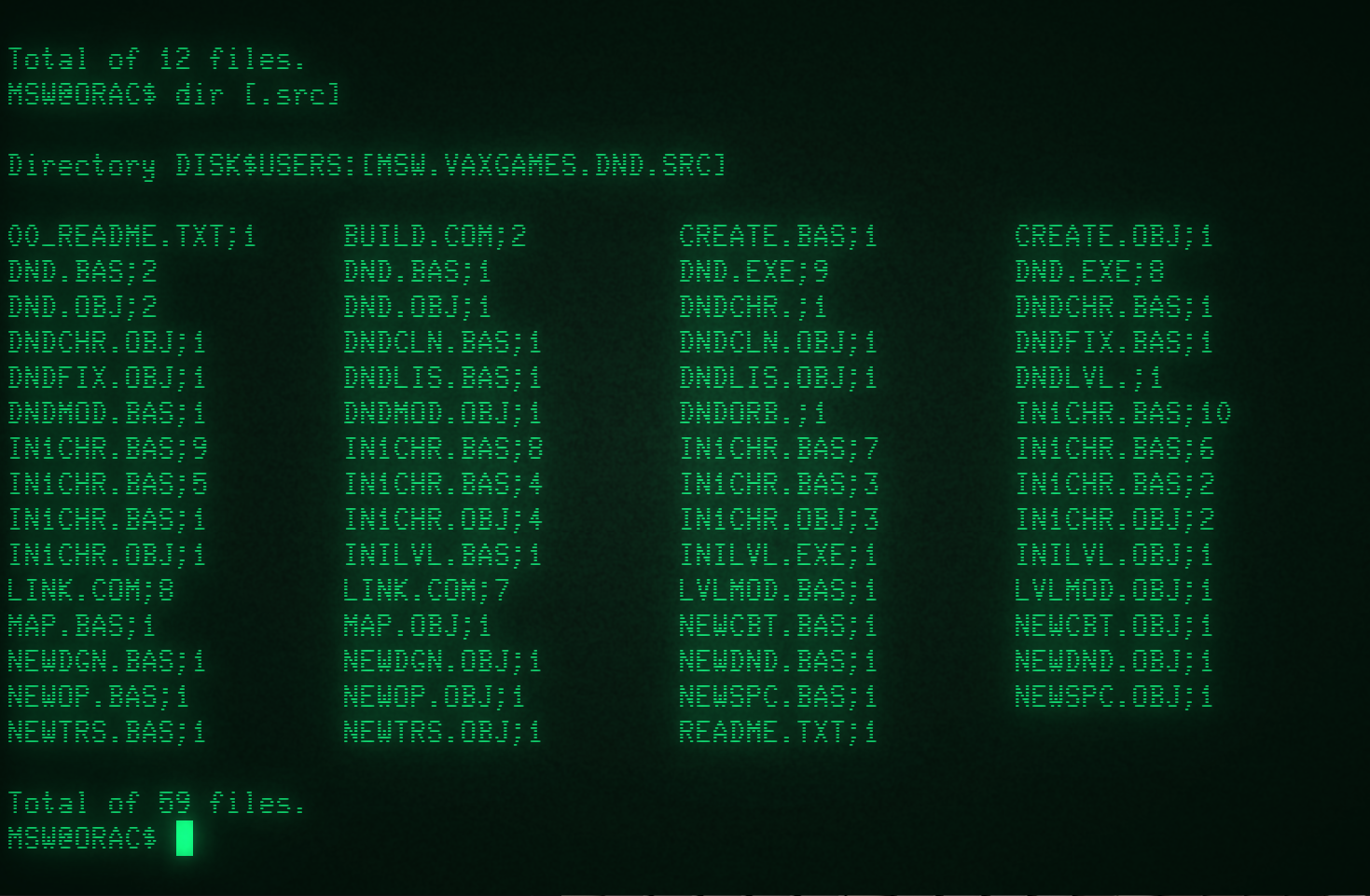 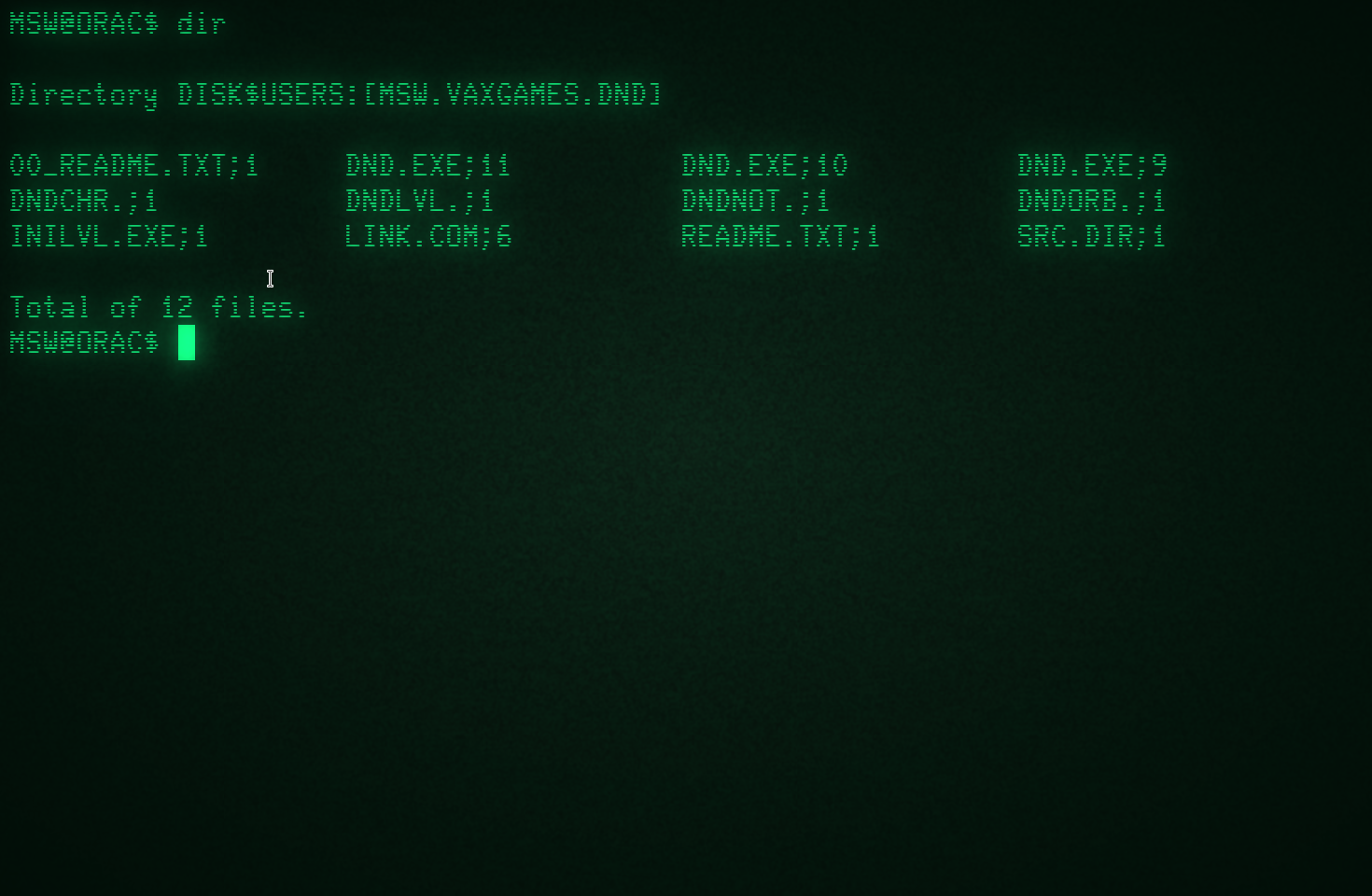 and then, drum roll, it runs on the SIMH VAX/VMS instance, compiled from source code: 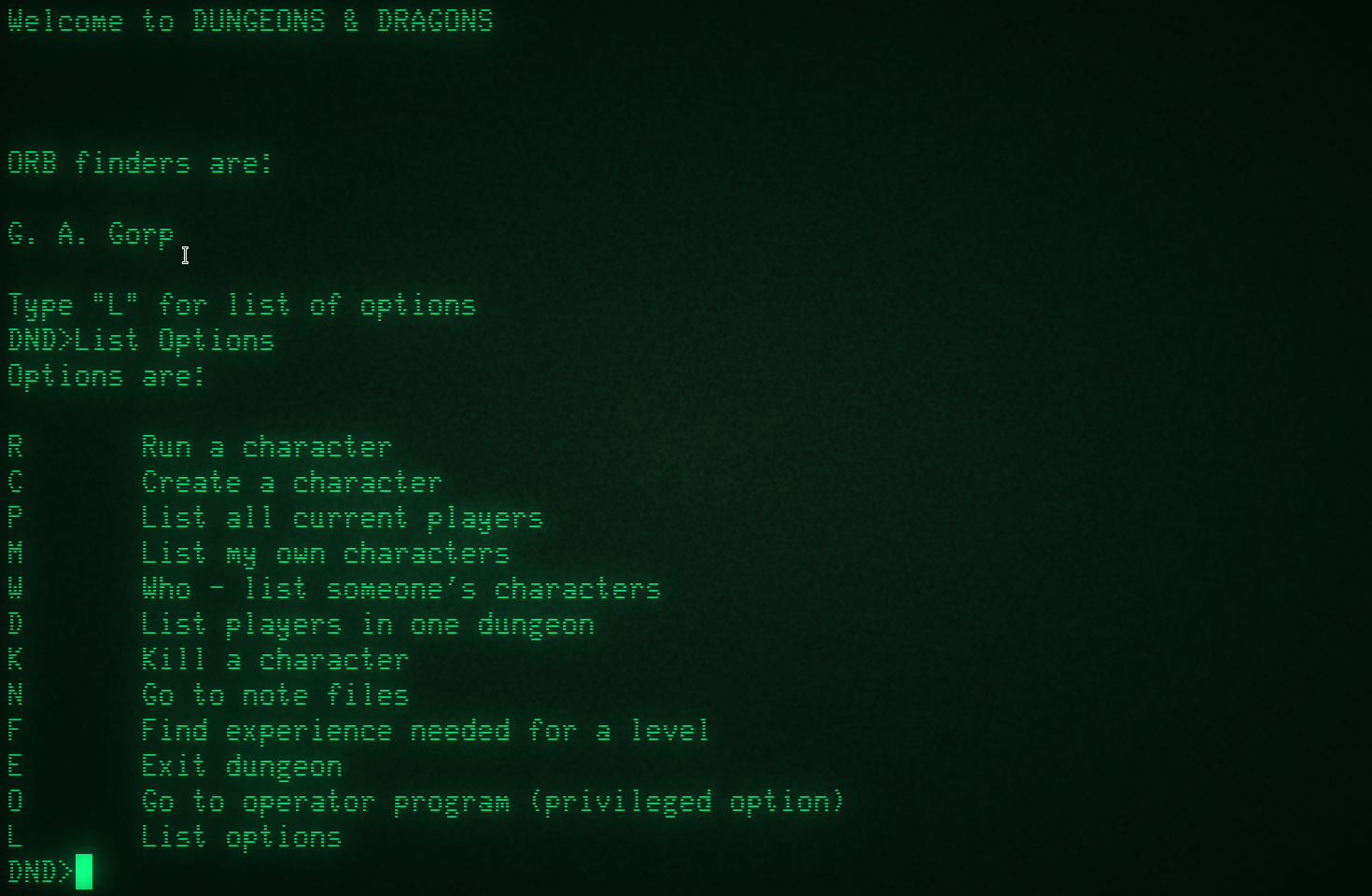 That’s as far as I’m prepared to go, it’s called finishing on a win! We’ll try and play it another evening!

Very late getting started on the project, mainly due to a keyboard failure. The DEC LK201 I have stickered up for APL was poorly when I first used it after a while with a VAXstation 4000/90. I was able to determine it was probably the keyboard circuit that was faulty. At the recent DEC Legacy event I was able to acquire another keyboard and have successfully transplanted the keycaps onto the replacement keyboard structure and controller. There was a number of ways I approached this but I took the time-consuming but lowest risk approach.

So I finally have a VAXstation 4000/VLC running VAX/VMS 5.5 available to play with. 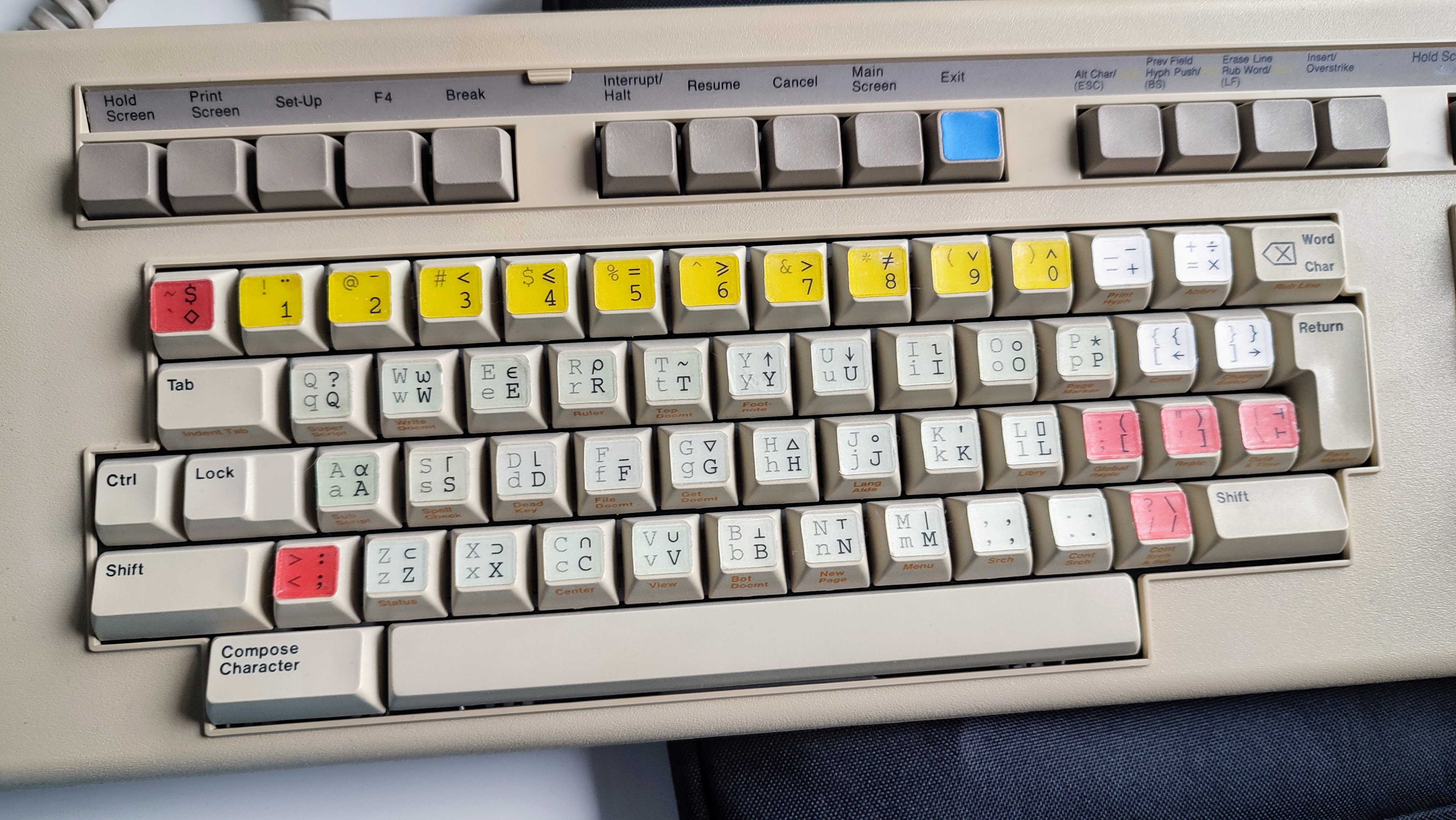 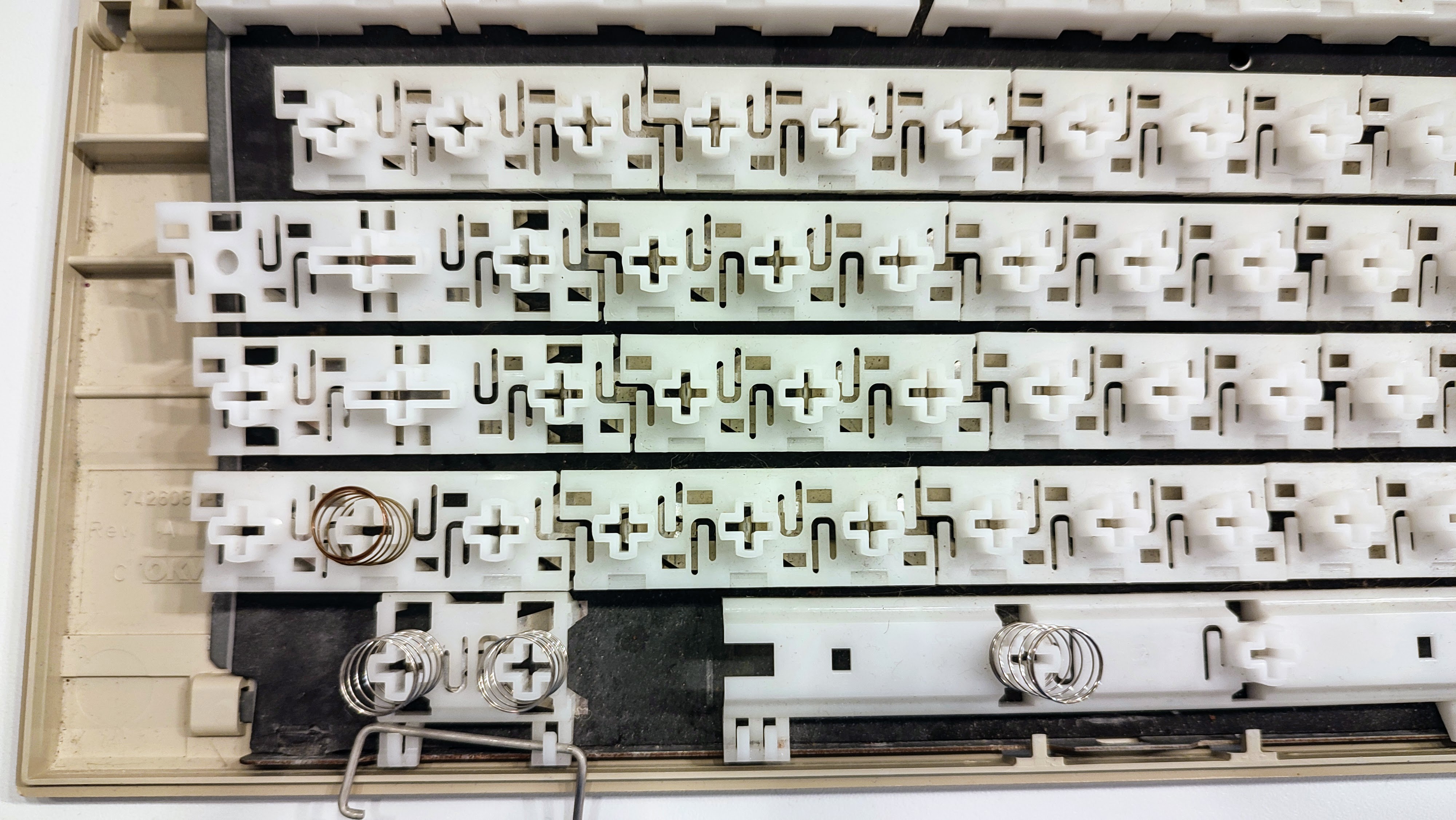 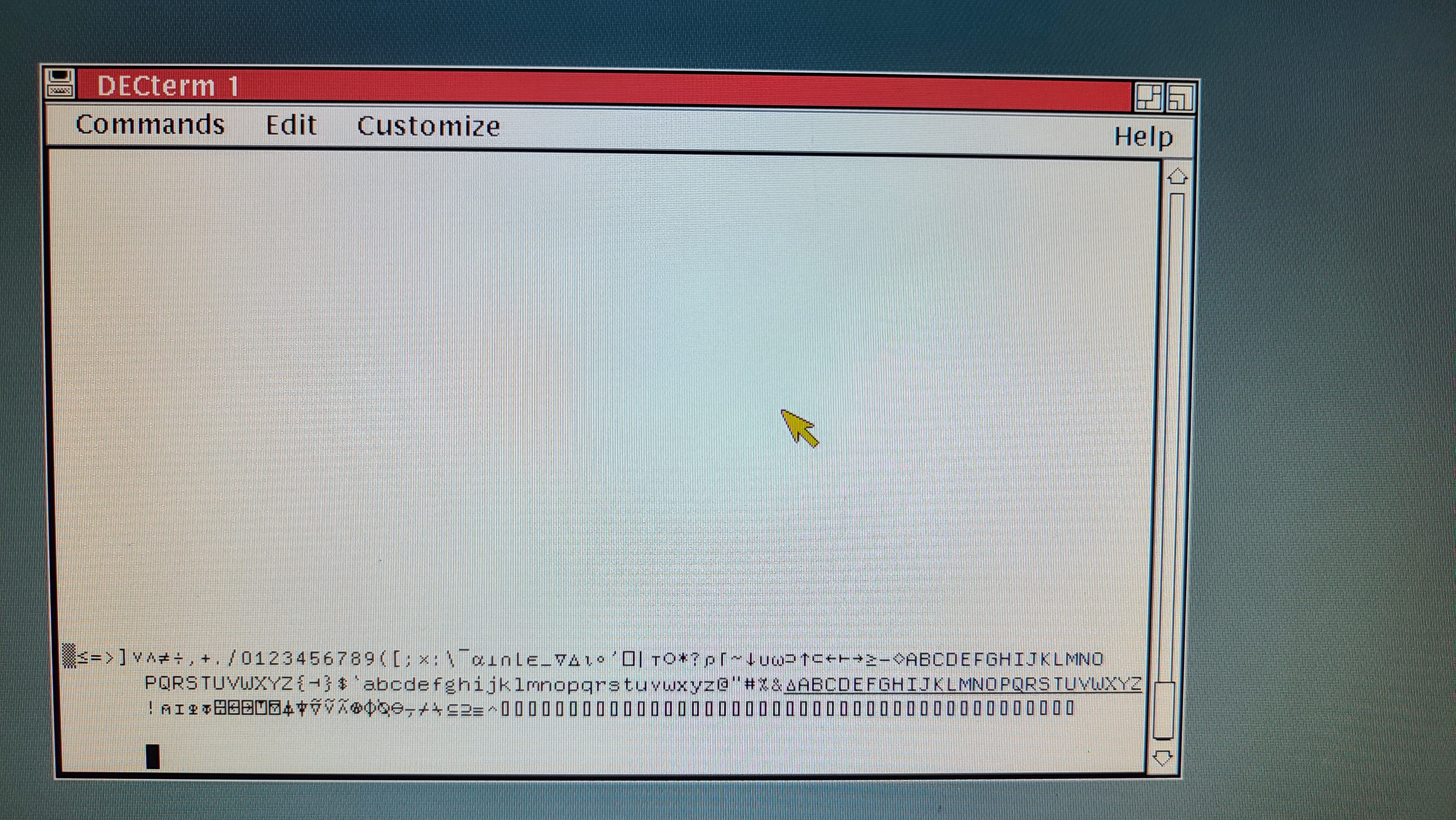 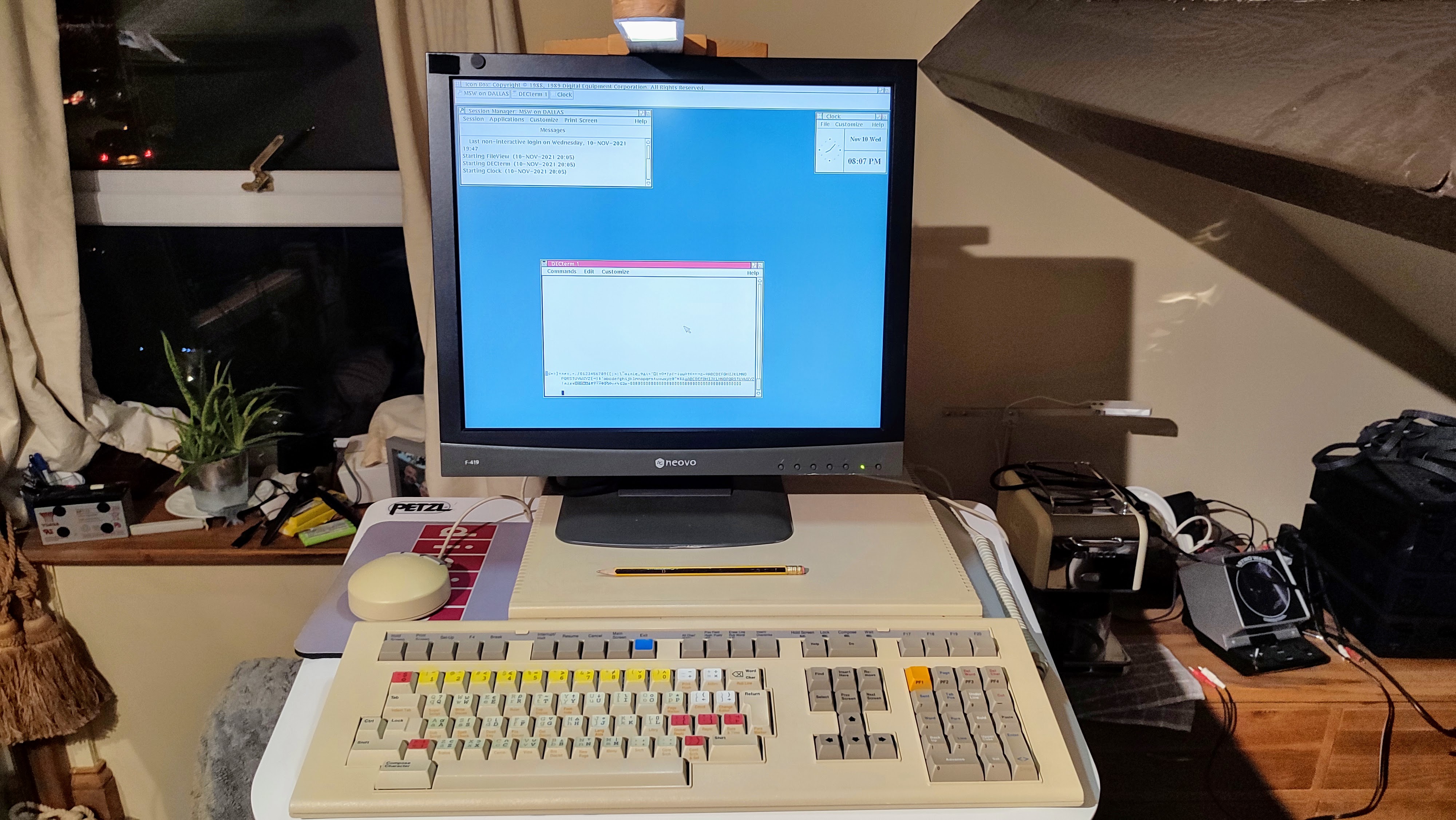